I hear that producers of the upstairs downstairs TV series Downton Abbey have agreed to give extras working on the fourth series of the hit ITV show a higher rate of pay.

Carnival Films had been offering extras £120 for a 12-hour day but were challenged by the media and entertainment union BECTU which said it fell short of the accepted current industry agreement. Now extras on the show will get nearer £150 for 12 hours on set. 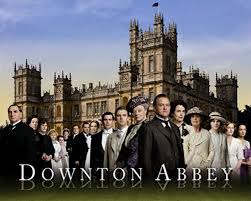 That sounds like a reasonable rate but it’s certainly not big money by today’s standards. However it is a stark reminder of just how much life has changed in the decades since the landed gentry owned big country houses staffed by scores of servants.

By a curious coincidence I spent some time yesterday talking to a 96-year-old former scullery maid who worked in one of England’s great houses in the early 1930s. She worked a 15 hour day (with a two hour afternoon break) and was paid a £1-a-month. Pathetic and exploitative pay perhaps but the interesting thing is that she believes those days were among the happiest of her life. The reason? She was secure, well fed and, crucially, respected by her employer. Sadly fewer and fewer people can say that these days.

This wonderful old lady, of whom you will read more soon, told me: “The boss was a lovely man. I never had any trouble from him. It was the butler and the cook I had to watch out for. They were far more obsessed with class and position than any of the people above stairs.”

Ah yes, in those days the gentry believed that if you looked after the horses and the servants (admittedly probably in that order) all would be right with the world. Isn’t it absolutely appalling that even that primitive level of thought is beyond the wit of many employers these days?

This site uses Akismet to reduce spam. Learn how your comment data is processed.